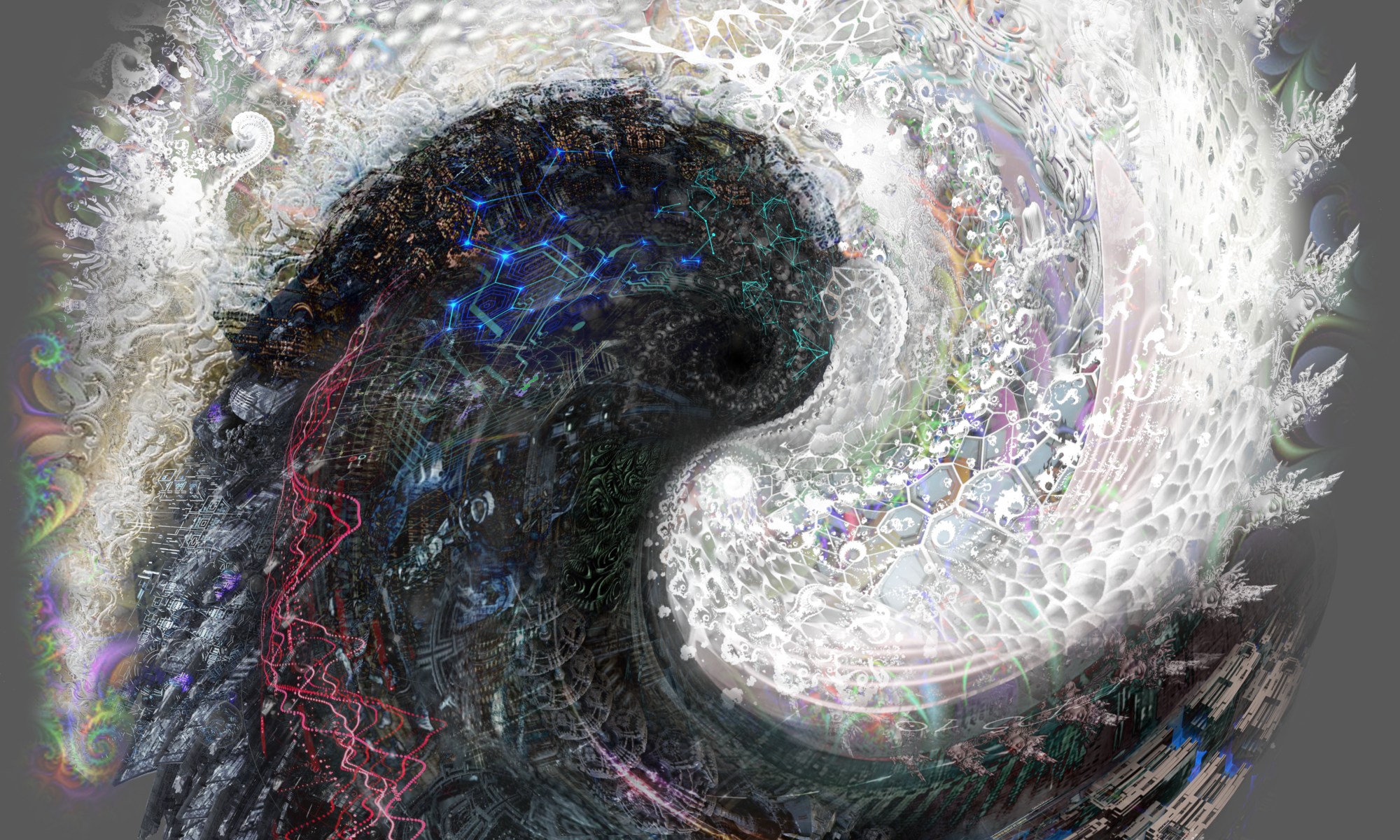 Devoid of the act of abstracting individuals
out of the concrete continuum,
There would be no congregation to commune
In the first instance.

Devoid of the need for real communion
Between congregated individuals,
There would be no reason for abstraction
In the last instance.

Though functionally distinct,
Xenotechne and Theopoiesis
Are basically inseparable
In their being different aspects
Of the same dynamic process.

Because of their functional difference,
Abstraction comes to a complete halt,
Never to arise again,
At the attainment of consummated communion.

Expressed in exclusion from
Or indifference to the other,
One transforms into one’s opposite,
Doomed to endlessly wander
In search of the excluded other.

Expressed instead as inseparable aspects
Of the same dynamic process,
The (un)holy matrimony of xenotechne and theopoiesis
Eternally guarantees boundless, endless, limitless
Communion in perpetuity.

This site uses Akismet to reduce spam. Learn how your comment data is processed.